From treatment to lead cook 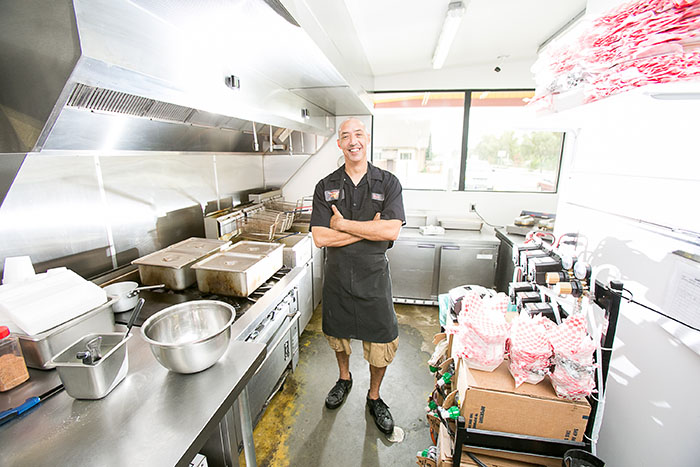 When Mark Bradley first heard about Breaking Barriers (BBSD) he was doing his best to get back on his feet. Mark was out of work and receiving substance abuse services treatment from Mental Health Systems’ San Diego Center for Change, funded through the County of San Diego Behavioral Health Services. That’s where he met a representative from South County Career Center—part of the America’s Job Center of California network funded by the Department of Labor through the Workforce Inonovation and Opportunity Act (WIOA)—who came to a meeting to present on BBSD. Though Mark had a lot of questions, he decided to enroll.

Supported employment programs like BBSD use a rapid job search and placement approach to help people get a job. Within a week of working with the career center to improve his résumé, search for jobs and connect with employers, Mark was hired. “We all need a little support in our lives,” says Mark. “I’m a believer that if you’re doing something to help yourself, then it’s OK to get a little help.”

In April, Mark began working as a dishwasher at Coop’s West Texas BBQ in Lemon Grove. On his first day, his employer recognized his potential, instantly moving him to food prep and then over to their sister restaurant, Da Chicken Coop. Mark loves his work and takes great pride in the restaurant, treating the place as his own. His attitude, commitment and work ethic quickly moved him up to lead cook, a position he currently holds. “You’ve got to have determination and commitment,” he says. “I had all that; I just had a lapse in jobs.”

Mark says he used to have low self-esteem and felt like no one wanted to hire him. Now, “things are very different,” he says. “I have a car and was actually able to not have a breakdown thinking I couldn’t get a job. The job center was a big part of my success and turning my life around. It feels great to be working and know that I’m a part of something bigger than myself.” 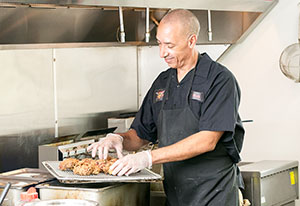 Mark hopes to one day pay it forward by helping others in similar situations. “I see myself maybe owning my own business and being able to hire people that may have made some bad decisions and are willing to change,” says Mark. “This company took a chance with me, and here I am — I’m one of their best employees. There’s more people out there like me. I eventually want to give the same opportunity to people that I got.”

Learn more about BBSD and other workforce programs funded and administered by SDWP in the San Diego Workforce Partnership Annual Report 2015–2016.