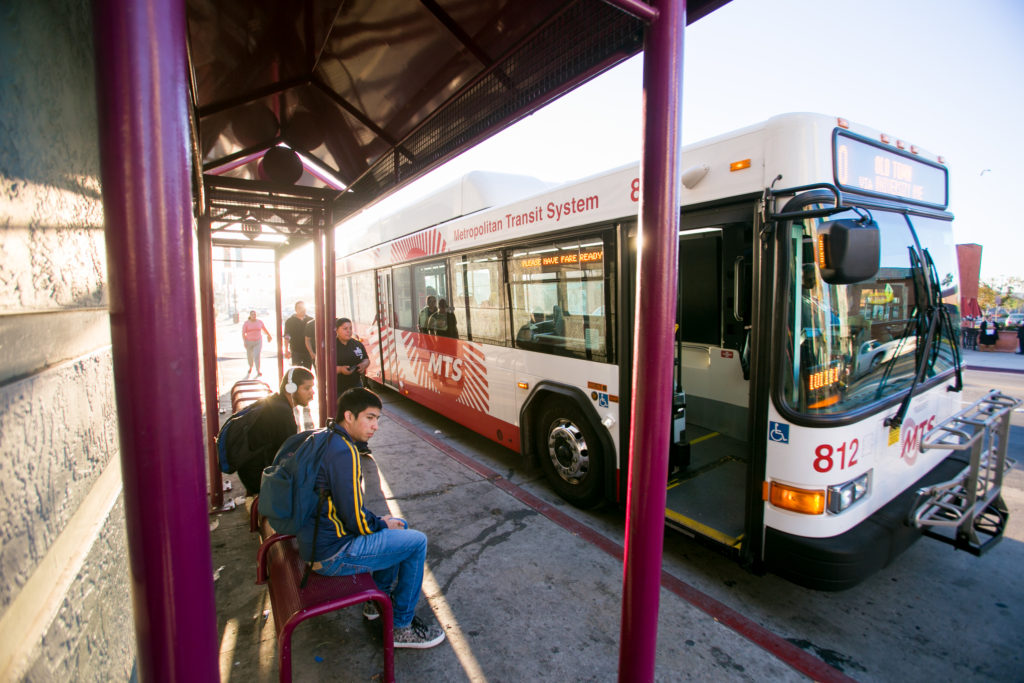 Recently, cities across California, such as Sacramento, Los Angeles and Stockton, have made public transit free for young adults and have brought discussions on the role of public transportation back to mainstream debate.

While much progress has happened in San Diego County, there is still much to be done.

Historically, there has been relatively low investment in public transportation, and it’s finally catching up to us. Freeways are virtually as wide as they can get. Air quality continues to receive an “F” from the American Lung Association, which is impacting low-income and communities of color the most, and we are facing disparities in unemployment rates all across the region due to spatial mismatch (the disparity between where low-income households reside and suitable job opportunities).

Transportation is a civil rights issue

While some Americans understand the importance of transportation as a means to get to school and work, many are unaware that there have been leaders who fought for public transit as a genuine civil rights issue —including Martin Luther King Jr.

In his essay, A Testament of Hope, King states that urban transit systems in most American cities have become a valid civil rights issue “because the layout of rapid-transit systems determines the accessibility of jobs to the black community.” He goes on to say that “transportation systems in American cities could be laid out so as to provide an opportunity for poor people to get meaningful employment, then they could begin to move into the mainstream of American life.”

To further the importance of public transit, in the ’60s, violence erupted all across the nation in urban cities. As a result, the Los Angeles mayor created the McCone Commission to study causes for the riots and make recommendations to ensure that violence never erupted in the city again.

The commission made a list of recommendations related to education, policing, housing and more. But one thing that topped the list was to create quality and accessible transportation. They understood that inadequate transit is a major contributor to high rates of unemployment and a significant barrier leading to urban residents’ social deprivation.

Currently, City of San Diego Council President Georgette Gómez and MTS are stepping up to the plate. Elevate SD 2020 engages diverse local communities to produce a blueprint for “creating a faster, more seamless public transportation system for today and into the future.”

At the nine community forums held in June, more than 200 attendees heard presentations from MTS staff and participated in a transit values priority activity and roundtable discussions. The discussions centered around innovative transportation projects that can be paid for by the funding measure under ballot consideration by the MTS Board of Directors and these guiding values:

The executive summaries from the nine forums are posted here.

Other organizations, such as Mid-City CAN, have been fighting to improve transportation in the region, particularly for youth. Their current campaign is focused on demanding no-cost Youth Opportunity Passes for every young adult and child in San Diego.

Mid-City CAN Policy Advocate Tareq Haidari says, “The youth of San Diego need a no-cost transit program because access to affordable and reliable transportation is one of the most important civil rights issues of our time, which determines whether we have access to education, jobs and upward mobility.“

As our region continues to grow, public transit has crucial influence on the quality of life, economic prosperity and environmental sustainability of San Diego. Overcoming public transportation challenges will not be easy, but with energized political will and bold collective action, America’s finest city can figure this out.