The San Diego Monthly Employment Report (September to October 2014) shows an increase in both the civilian labor force and civilian employment, while civilian unemployment remained constant. Highlights from the report include: 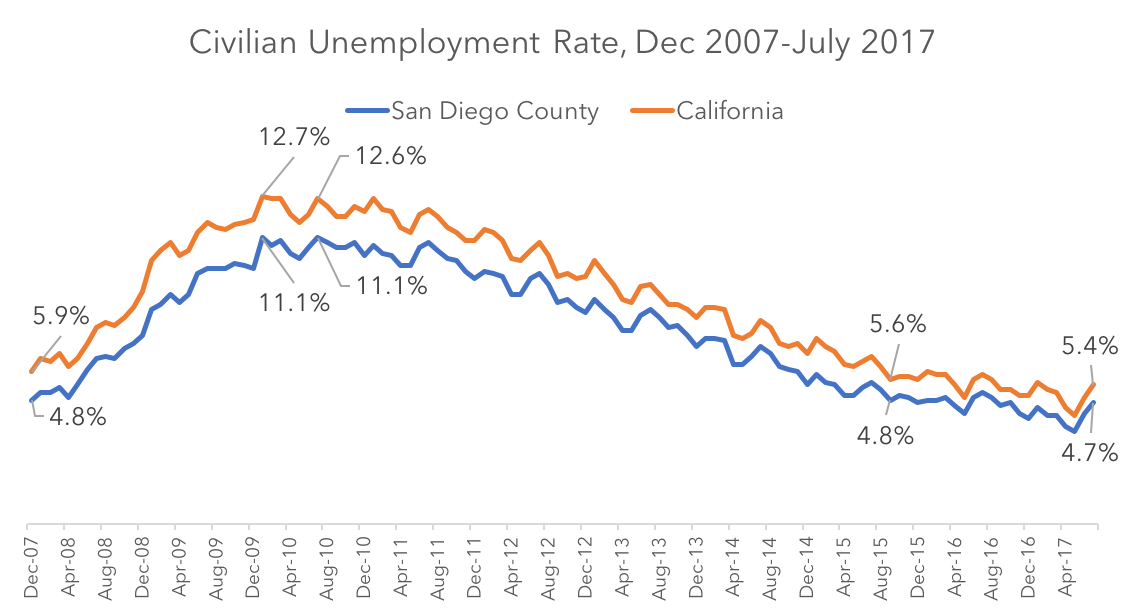 The industry with the largest month-over employment gains was Government with 6,800 jobs added. Two industries recorded month-over losses with the greatest coming from Leisure & Hospitality, which recorded 1,900 jobs lost. 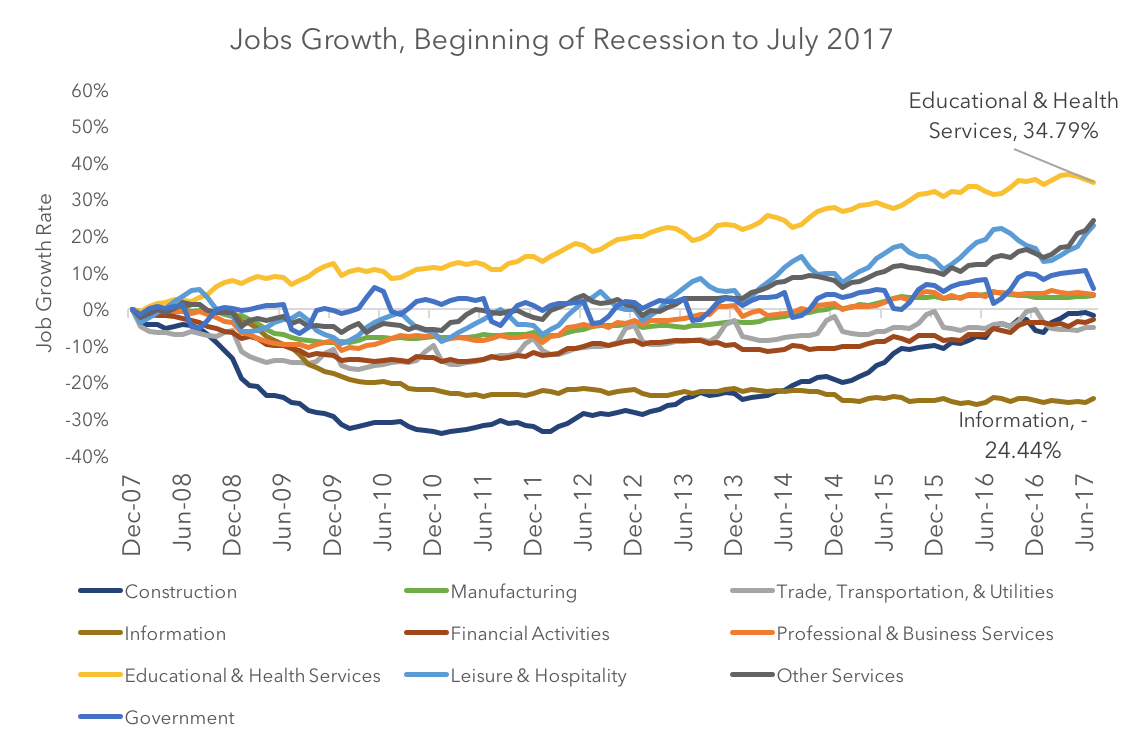 From October 2013 to October 2014, most industries experienced an increase in jobs with Professional & Business Services seeing the most significant change with 9,000 jobs added in the past year. Only one industry, Financial Activities, saw a decrease over the year (-300). 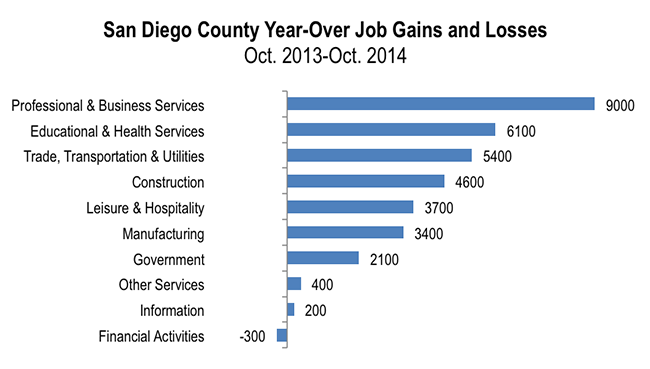 San Diego County continues to add jobs to the workforce, creating more opportunity for workers. Year-over changes continue to indicate job gains in a majority of the industries from October 2013 to October 2014. While Leisure & Hospitality employment continued to show a month-over decrease (-1,900), the industry still shows an increase over the year.