For veterans, a key component of the transition from military to civilian life is finding and maintaining employment. With this in mind, the San Diego-based National Veterans Transition Services Inc. (NVTSI) developed REBOOT Workshops to help members of the military navigate all elements of their transition, address their fears and “re-boot” their skills.

The workshop features three weeks of education designed to enhance and build upon their training, experience and skills, to prepare them for life after the military. Each week focuses on a different aspect of the transition, starting with the personal transition, then the lifestyle transition, and finally the career transition. 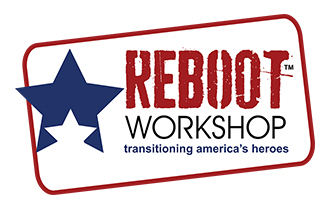 Maurice D. Wilson, NVTSI president and national executive director, explains that the career transition is often a difficult one for members of the military, as they are used to being told where they are needed and what job to do. But then they return home and suddenly have to decide for themselves what career path to take—and many are often lost. “Eighty percent of the military members are uncertain about what industry they want to enter,” Wilson says. “They have been behind the military fence for so long. They haven’t done any job-hunting, they don’t know what industries are out there, and they haven’t focused on their personal mission or what they like to do.”

Wilson explains that on the first day of the career-focused third week, they ask the military members “What is your next destination?” The members are asked to visualize their future career in terms of salary, environment and people, so that they can focus on their interests and hone in on the industries that best fit them. Once that’s done, then the focus shifts to résumé and interviewing techniques.

Upon successful completion of this intensive 15-day seminar, graduates are provided:

REBOOT is helpful to transitioning military all over the country, but particularly in San Diego, Wilson explains. “We have a large military presence, with approximately 18,000 military members transitioning into civilian population each year,” he says. “If we can find a way to employ 60 or 70 percent of those members here in San Diego, that would have a significant impact on our region’s industry needs. But to do that, we have to let these members know what our in-demand jobs are before they exit the military.”

Mark Nanzer, director of adult programs at the San Diego Workforce Partnership, has had the opportunity to attend two graduation ceremonies for successful graduates of the REBOOT Workshops. “I was so impressed with the testimonials provided by the graduates,” he says. “Their stories of the value provided in the workshops and how effective the staff was at ‘reprogramming’ their thinking and approach in the transition to the civilian world and job market was truly inspiring.”

Nanzer adds that the value of the REBOOT workshops cannot be understated. “Transitioning service members need the innovation, support and tools provided by the staff of REBOOT to set themselves apart in today’s challenging and competitive labor market,” he says.

NVTSI was founded by Wilson and Chairman Ronne Froman in 2010. A retired 2-star Admiral, Froman has held numerous leadership roles in both military and civilian life. Prior to retirement from the U.S. Navy, she was the director of Ashore Readiness for the Chief of Naval Operations, responsible for nearly 90 Navy stations and bases around the world and a $7 billion budget. Wilson served 25 years in the U.S. Navy in various positions of senior enlisted leadership and is a graduate of the Navy’s Senior Enlisted Academy.

For more information about REBOOT, including a detailed description of each week of service, visit www.rebootworkshop.org.