On January 9, 2014 the San Diego Business Journal hosted its annual Economic Trends Event that focused on key issues, challenges and opportunities for our region in 2014. 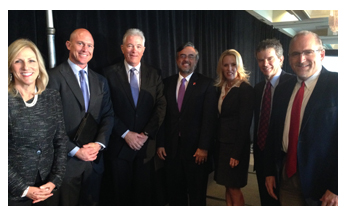 Callstrom shared a PowerPoint presentation highlighting employment trends and workforce needs for 2014. Youth unemployment has significantly increased in the past decade. In the early 2000s, youth unemployment rates were 8-14%. In recent years the rates have risen sharply to 14-28%.

Van Betten and Callstrom shared concerns that the lack of employment opportunities for both youth and adults will negatively impact the region—not only will it be difficult to retain talent in the region, but also businesses. Private, public, and non-profit sectors all must work together and focus on developing a competitive workforce for our region to thrive. 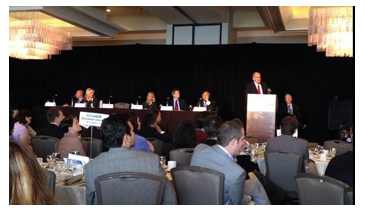 Two big positives that continue to help the recovery: Federal taxes today are below the rate they were in 2000, and inflation is relatively low, Aleman said. For Californians, home prices are escalating again by double-digit rates, especially in the coastal areas. Every time the median price has risen by more than 10 percent, it’s had a positive impact on consumer spending, Aleman said. However, interest rates will rise soon, which will show the appreciation rates of houses and make homes in California even more unaffordable to potential buyers.

Reeves shared that while business insurance rates have been on the rise in recent years, she is seeing some flattening this year. That is especially true for property insurance, which should benefit from lower industry losses and more capacity to deliver lower or flat rates, she said.

The distinguished panelist, as experts in their field, also provide an economic projection for 2014. This takes place by having panelist predict in the following manner:

There were 2 thumbs level and the remaining were up.  So the consensus from the panel was that 2014 would be an economically better year than 2013.

To learn more, click here to read the article by Mike Allen of SDBJ.