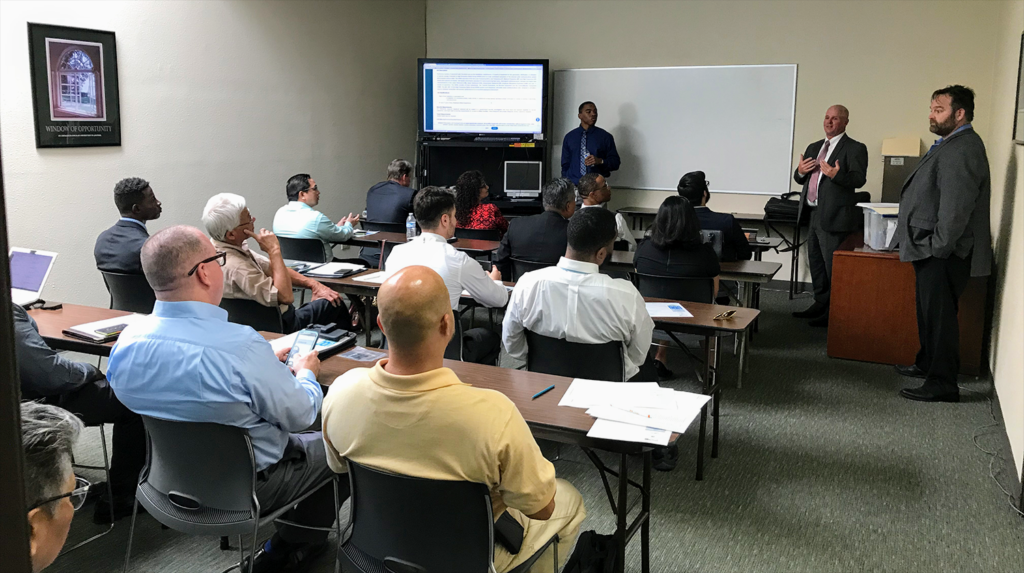 Valkyrie Enterprises—a Virginia-based Department of Defense contractor who works on all aspects of shipbuilding—is expanding into San Diego County with an office in National City. They’ve partnered with the San Diego Workforce Partnership to support their growth and hire local talent.

On October 24, the Workforce Partnership held a recruitment event for Valkyrie Enterprises at the South County Career Center. Valkyrie is seeking to fill out their National City office and hiring across multiple positions, from office workers to ship builders.

“Our hiring needs are specific and demanding,” said Valkyrie Enterprises West Coast Recruitment Representative Mike Grattan, “and I couldn’t be more pleased with the attentive care this [Workforce Partnership business services] team has shown in helping us staff these critical positions.” 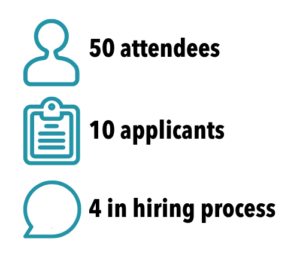 The Workforce Partnership reached out to veteran-based organizations to source candidates with specialized skill sets to meet Valkyrie’s needs. More than 50 attended.

Candidates met face to face with Grattan as well as Valkyrie Enterprises Vice President of Operations Scott Koslow. It’s not often that VP-level executives attend events like this, which gave job seekers a rare glimpse into the company as they gained insight directly from leadership about how to maximize their potential to be hired.

Valkyrie’s goal was to have 30 candidates attend and to receive two or three qualified candidates for consideration. At the end of the day, ten individuals submitted applications and four candidates are currently in the hiring process.

“It has been a pleasure to work with Dimitri, Angel and Robert from the San Diego Workforce Partnership,” said Grattan. “We needed support in hiring for several defense contracts and had a short window for recruitment. These three not only were able to schedule an event, but the attendance was remarkable, with over 50 applicants present and several more expressing interest virtually.”

Due to the high turnout, Valkyrie Enterprises is looking to hold another recruitment event towards the end of January 2019.