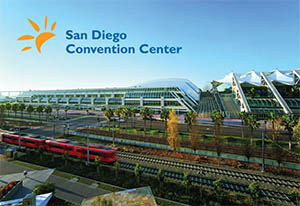 With Comic-Con pre-registration just around the corner, SDWP reviewed the convention’s impact on San Diego. Although it is not possible to capture data on all jobs created specifically for Comic-Con, it is possible to review Comic-Con’s impact on the San Diego Convention Center workforce. Following is a snapshot on how San Diego’s largest convention affects its largest venue. 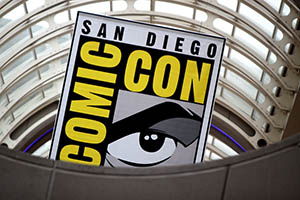 Convention Center workers (part- and full-time) earn, on average, $13.36 per hour. A typical primary convention includes a workday of eight hours per day for a three-day period, while a typical secondary convention includes one eight-hour day. This means that events held at the Convention Center contribute approximately $14 million in wages to the local economy each year(4) ($136,000 per primary convention and $45,000 per secondary convention). For Comic-Con specifically, assuming six workdays (four conference days plus two additional prep and wrap days) at eight hours per day, the convention brings in more than $320,000 wages into the local economy.(5)

The Convention Center posts job listings on its website, recruits temporary event staff from the Del Mar Fairgrounds, Concourse and the San Diego Trolley, and posts ads on Craigslist and Indeed.com. The Convention Center begins the hiring process with returning workers (those who worked the previous year), and then fills open positions with new recruitments, based on attrition. Steven Johnson, Vice President of Public Affairs at the Convention Center, noted that “many of the applicants are referred or worked here previously as a regular or temporary employee. This year timing [of hiring for Comic-Con] coincided with a job fair we attended at Mesa College.”

The types of positions include:

In addition to the hiring done by the Convention Center, Comic-Con hires extra staff, including security officers, shuttle bus drivers, individuals to work the panels and events at off-site areas (nearby hotels, Petco Park and Horton Plaza) and others. Local businesses and organizations also hire additional staff for the four-day event; however, there is no clearinghouse to track these hires so the numbers are not known.