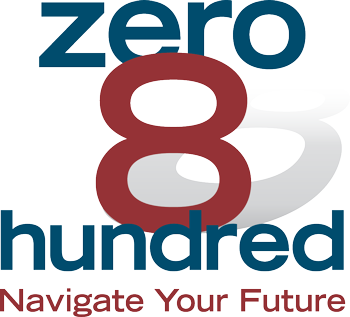 Every year, 20,000 military members stationed in San Diego County leave the service, and a third of them stay in the area. Though they are assets to our region, they also face challenges with transitioning to civilian life.

zero8hundred, implemented in early 2015 after a planning effort that included development of the Military Transition Support Project Community Plan, is a San Diego community initiative to transform the transition experience for service members and their families. zero8hundred uses a “Veteran’s Wellness Framework” with four pillars: Education and Jobs, Basic Needs, Mental and Physical Health, and Personal Connections. The challenges of transition are managed through proactive interaction with Peer Navigators and a comprehensive web portal.

Through a unique partnership with the armed forces, zero8hundred services are offered during mandatory transition classes at six military bases in addition to select community venues. Service members and spouses in these classes have the option to sign up for periodic interaction with Peer Navigators who are all veterans, military spouses or dependents. Once they opt in, zero8hundred’s Peer Navigators proactively call them from nine months before until 12 months after separation to discuss challenges and link them to a broad range of vetted resources to help them succeed.

In a survey of exiting service members, 53 percent say their primary concern is employment. Many veterans have difficulty translating their extensive military experience into civilian certifications and skills. Some veterans acknowledge needing help with job search techniques such as résumé writing, interview skills, and networking.

zero8hundred Executive Director Sean Mahoney says career transition courses are crucial especially because employment is veterans’ number one priority. Sometimes it boils down to how service members and civilians communicate. “Service members have to learn to stop using military lingo and acronyms once they exit,” he says “Once they get over those initial adjustments, they bring a tremendous amount of transferrable experience to the workplace.”

Justin McKenzie, a sergeant with the Marine Corps, is scheduled to exit service in January 2017. His primary concerns have to do with his living situation and having enough finances to go back to school. Justin initially had difficulty finding his path, but after connecting with zero8hundred, which helped him enroll in the Career Transition Assistance Program (CTAP) and with networking opportunities, Justin set his sights on the renewable energy sector, and plans to apply to a six-month program at the Northwest Renewable Energy Institute, or the undergrad degree in the renewable energy track in the School of Engineering and Computer Science at Washington State University Vancouver.

“Once you have a goal, it’s easy to fill in the gaps. Getting there was the hard part,” Justin says. “zero8hundred really helped me learn more about myself and what I am interested in.”

To further address transitioning into civilian employment, zero8hundred and the San Diego Workforce Partnership are implementing a new idea called the Veteran’s Individual Placement and Support Project (“VIPS Project”). Thanks to a $150,000 grant from the California Workforce Investment Board and the Labor and Workforce Development Agency’s Workforce Acceleration Fund, this project will offer concurrent employment and veterans services through the support of America’s Job Center of California (AJCC) staff and zero8hundred at one of San Diego’s largest military installations, Camp Pendleton. VIPS will support Marines several months before they are discharged to prepare them for their transition and reduce the amount of time they must wait to receive AJCC services and find employment after discharge.

In addition to the six bases in San Diego County, Mahoney says zero8hundred is looking to expand its services to Orange County and elsewhere in Southern California. Approximately 1,200 service members have received personal support since January of 2015.