On May 21 a bipartisan, bicameral group of lawmakers announced that they reached a deal to improve the nation’s workforce development system through new legislation, the Workforce Innovation and Opportunity Act (WIOA). WIOA is a compromise between the SKILLS Act, which passed the House of Representatives in March 2013, and the Workforce Investment Act of 2013 (WIA), which passed the Senate Health, Education, Labor and Pensions 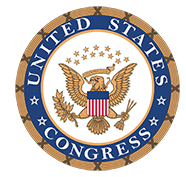 “We are very encouraged at the bipartisan work that has resulted in the rethinking and potential reauthorization of this important legislation,” says Peter Callstrom, President and CEO of the San Diego Workforce Partnership, which is primarily funded through WIA. “There is more work to be done, but the potential is wonderful for the job seekers throughout our country.”

The bill is now being considered by the House and Senate and promises to modernize existing federal workforce development programs and help workers attain skills for 21st-century jobs. The passage of WIOA would mean that local, business-led workforce investment boards (WIBs) can continue to provide guidance, support and coordination to the nation’s businesses and workforce, leading to job creation and helping businesses remain competitive. The San Diego Workforce Partnership is the WIB for San Diego County.