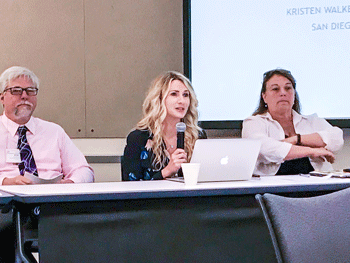 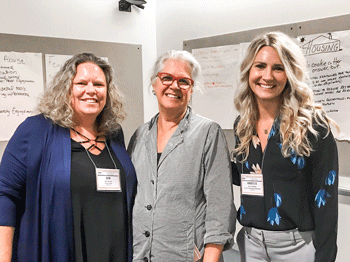 Presenters shared specific information that gave attendees an understanding of the different DOL grants, and how the programs are organized and operated. Panelists included:

The goal of Reentry Works is to disrupt the cycles of incarceration and poverty by empowering returning citizens to find meaningful work that leads to self-sufficiency. This is done through pre- and post-release services performed by provider Second Chance.

Walker spoke about some of the qualities that make Reentry Works unique, including employer panels and socials, in-custody job fairs, daily encouragement, focusing on what is going well, a ban on the word “inmate,” and a plan called ABC created by Second Chance—A stands for “a job,” meaning prioritizing securing a paid position upon release, which with additional support would lead to B, “better paying job,” and ultimately, C, “career.”

Audience members at the training heard comments made by participants of Reentry Works after program activities.

“You guys make me feel like I have a future,” said one participant. “Thank you for taking time to help us. I never learned how to get a job.”

Another, upon seeing himself in professional attire, proclaimed, “I have never worn a suit, but dang, I look good.”

“I never planned for my future but now I have lots of goals,” said another participant.

The gathering was also an opportunity for grantees to look at their performance measures and data in new ways, team exercises, a debrief on best practices and lessons learned, and tips on crafting employer engagement strategies and working with stakeholders.