San Diego’s Racial Equity Gap: How We Got Here

This article is part of a series on advancing equity in San Diego County and beyond. Subscribe to our San Diego Works newsletter to be the first to know when new pieces are published. Up next, we’ll discuss the current and planned actions we are taking to fight racial injustice through workforce development.

The history of systemic racism in America—and San Diego in particular—has created a regional economy in which people of color do not have access to the same opportunities as white San Diegans. As a result, even controlling for age, gender and education, Black San Diegans make $10,500 less than their white peers.

This is not just an accidental side effect of inadvertent discrimination; it is the intended outcome of over a century of public policy designed to give white workers an advantage over people of color.

History of Overtly Racist Policies in San Diego and Beyond

This may feel startling or direct—that’s because it is. What we have done so far got us to this point. If we want radically different results, we must chart a new path.

Racism and racial inequity will continue to be perpetuated in our communities if we do not collectively commit to take targeted, consistent action. Though our laws are much less explicitly racist today than they have been in the past, our public and private institutions continue to discriminate against people of color. Here are just a few examples:

There is overwhelming scholarly evidence that Black Americans experience discrimination in hiring (Pager 2003 & 2009; Bertrand & Mullainathan 2004; Goldman et al. 2019; Quillian et al. 2017), mortgage lending (Ross & Yinger 2002), and housing (Turner & Ross 2005). In one famous study, Pager sent pairs of Black and white actors to apply for jobs with equivalent resumes, randomly assigning one applicant to have a felony record. Disturbingly, she found that white applicants with felony records got more callbacks than Black applicants with no record. 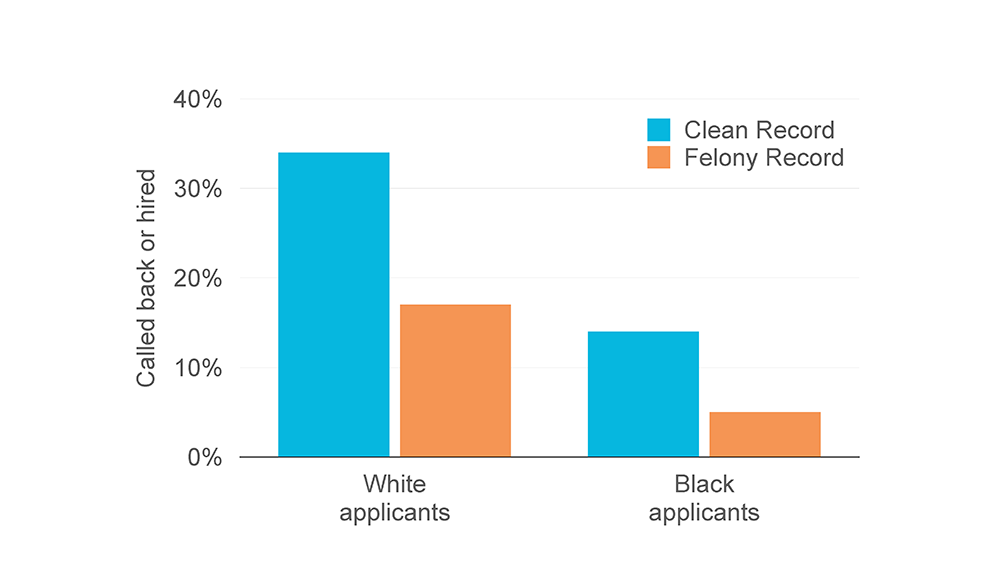 The impacts of these practices block valuable members of our community from economic mobility. Nationwide, the median white family has seven times the wealth of the median Hispanic family and ten times the wealth of the median Black family.5 The wealth gap, which vastly exceeds the income gap, is the result of years of public policy and private behavior designed to exclude families of color from opportunities to build wealth.

As a result of past and present discrimination, the proportion of youth ages 16–24 who are disconnected—out of school and not working—is nearly twice as high among Black San Diegans (18%) as among whites (9.6%). Among San Diego young adults who do find employment, white workers are paid twice as much on average ($25,000) as Black workers ($12,000). A quarter of the variation in median wages across occupations in San Diego County can be attributed solely to the racial composition of the occupation. 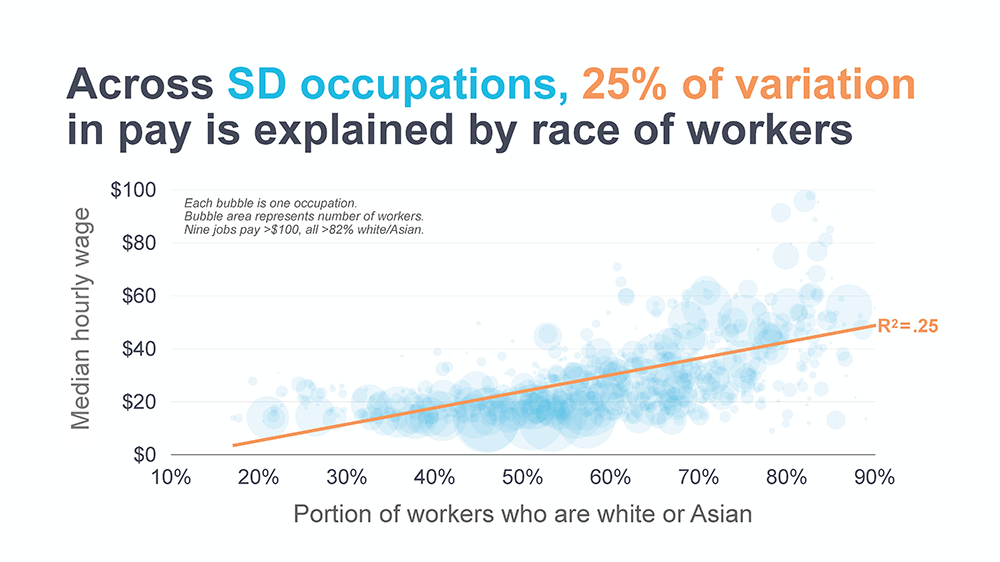 Nationwide, white teachers have lower expectations than Black teachers of their Black students’ academic potential,7 and lower expectations actually cause lower performance.8 Black students are less likely to be referred to gifted programs than white peers with the same test scores.9 Black and Latinx students receive harsher discipline for the same behavior, even after controlling for family socioeconomic status.10

While we can’t erase the past, we can change the future. Our next article will discuss the specific actions the San Diego Workforce Partnership is committed to taking to address racial disparities in access to opportunity. Using our Listen, Learn, Act framework, we are digging deep to understand and name the policies and practices inherent in the systems where we work and to radically shift the tide. This work isn’t easy, but we know that together we can create change. Don’t forget to subscribe to our San Diego Works newsletter to receive these articles in your inbox.

Contact Brooke Valle at BrookeValle@workforce.org with comments or questions.