The Maritime Alliance (TMA) is the nonprofit industry association and organizer of the largest ocean and water technology cluster in the United States. Guided by its tagline, “Promoting BlueTech and Blue Jobs® with a focus on economic development, ecosystem development and international outreach,” TMA brings together 16 sectors of the Blue Economy under a common Blue Voice represented by academia, government and industry — advocating for sustainable, science-based ocean and water industries that balance conservation and economic development. 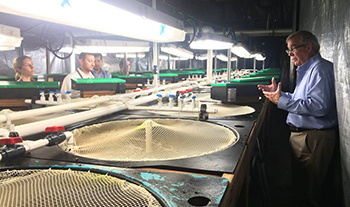 This year, TMA’s 8th Annual BlueTech & Blue Economy Summit and Tech Expo will be part of a rebranded San Diego BlueTech Week, with six events in five days taking place November 7–11. The various events will highlight exciting new trends in BlueTech with speakers from around the world. Last year TMA launched a dedicated track on workforce development for educators, HR professionals and students to discuss career opportunities in the Blue Economy, and are bringing it back again this year by popular demand. New this year, Investors Day will showcase 20 small-to-medium sized enterprises or innovative technologies in the ocean and water technology sectors.

On February 14–16, 2017, TMA is responsible for helping Reed Exhibitions launch Oceanology International North America at the San Diego Convention Center. This will be the largest ocean science and technology trade show and conference in the western hemisphere.

While physically located in San Diego, TMA is active both nationally and internationally and is spearheading the creation of an international BlueTech Cluster Alliance to promote collaboration. A convening during BlueTech week will focus on case studies of collaboration between global cluster partners. One example — a March 2016 trade mission to the south of France with seven TMA member companies, two of which came home with agreements to do business with three French companies. TMA anticipates ten to twelve clusters from countries like Canada, France, Ireland, Portugal, Norway, the U.K. and the U.S. to join the conversation with hopes to formalize an international alliance that promotes collaboration on projects, sharing of information and resources, and assisting each other’s members. 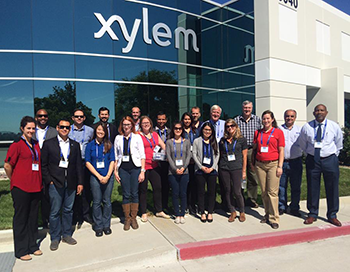 According to TMA Executive Director Greg Murphy, this small-but-mighty nonprofit is at an inflection point. Immediate goals are to grow capacity and institutionalize operations, with a focus of continuing to deliver value for member companies and drive innovation through partnerships. That includes the creation of a BlueTech Incubator, new initiatives focused on export promotion and port technologies, and expanding efforts to educate elected officials, economic development officers and the public about the value of the Blue Economy. A big focus this year will also be workforce development because future growth requires motivated entrepreneurs and trained employees to create and fill the Blue Economy jobs of tomorrow.

“We grapple with global challenges related to biodiversity, clean water, climate change, disease, food security, global commerce, sea level rise and workforce development,” says Murphy. “It’s clear to me that the ocean will increasingly become a bigger part of our daily lives, so it’s my role to turn our collective attention to the ocean as a source of innovation, inspiration and jobs. I am inspired every day by the entrepreneurs, innovators and researchers who see a problem and find a solution that not only fills a market opportunity but benefits society.”

One of the challenges in the maritime technology industry is awareness. The BlueTech sector has largely gone unnoticed by the general public, investors and politicians because so much of BlueTech is offshore — out of sight and out of mind. And yet BlueTech companies are a critically important part of the economy.

In February 2015, the National Oceanic and Atmospheric Administration published its first-ever economic study on the Ocean Enterprise. Co-authored by TMA, the report found over 400 companies in 36 states doing over $7 billion in sales annually. In November 2016, the San Diego Workforce Partnership and TMA will release Maritime and BlueTech Jobs, a follow-up report to the 2012 San Diego Maritime Industry report. It will highlight 25 in-demand jobs and overall workforce development needs in San Diego County’s maritime industry, also known as the Blue Economy. Studies like these are extremely important for showing elected officials just how many jobs this industry supports, Murphy explains. “We need to better understand and explain the size and growth of the U.S. and the global Blue Economy,” he says. “We need more federal investment in the U.S.  And we need to work together to create more innovative companies and good paying, Blue Jobs.”

Click here to learn more about the benefits of becoming a member and helping TMA promote an international Blue Voice.