Hoops, hope and growing up in San Diego 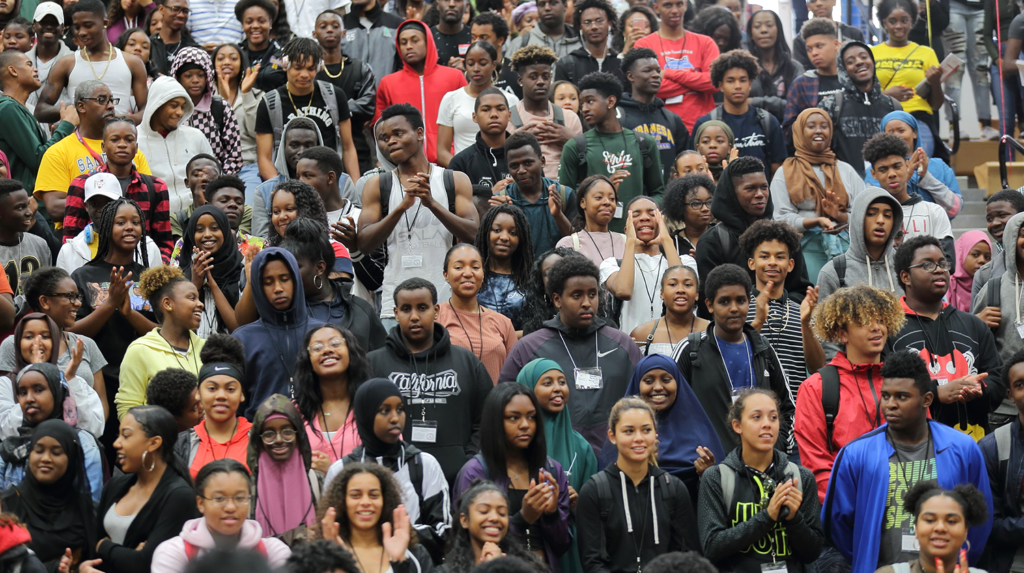 Sports always made sense to me. Players and coach know the rules. Game starts. Referees call fouls, arbitrate. Playing field is level. Competitors lay their talents, preparation, strategy and teamwork on the table. Sweat. (Sometimes) blood. Winners. Losers. New opportunity to get better and compete the next day. Growing up where and how I did, I figured life was more or less similar. But I was wrong.

Over the last three years, I have been part of an initiative in San Diego to reduce the number of young adults aged 16–24 who are not working or in school. Recent research found there were 41,000 of these “disconnected” young adults or 10% of all 16–24-year-olds.

And while we talk about rates and percentages, what this initiative is really about is coming of age in San Diego. Growing up. Transitioning from child to adult. Dependent to independent. The years between 16–24 are filled with opportunities, decisions, and consequences that lay the tracks for the rest of our lives.

“Disconnection from school or work between the ages of 16–24 can leave scars that last a lifetime, affecting everything from earnings and financial independence to physical and mental health and even marital prospects.” (Measure of America, 2017)

San Diego County also has the second highest black youth disconnection rate (26 percent) of the 100 largest US metropolitan areas. The Latinx disconnection rate, at 13 percent, is also above the county average of 9.4 percent.

The reasons for these disparate outcomes are complicated, messy, historical, deep, and interrelated. A basketball analogy—while certainly limited—can be helpful. Just like a player preparing for a game, a lot goes into transitioning from child to adult:

28,000 of the 41,000 disconnected 16–24-year-olds in San Diego are not in school & not looking for work. Many are locked up. Others homeless. Others without child care or transportation. All of them benched. Taken out of the game.

The OpportunitySD movement in San Diego is made up of people working to rewrite the rules of the game so that all young people growing up in San Diego have a level playing field. Just like the rules should be fair, clear, and carried out consistently and fairly at the start of a basketball game, so too in the transition from childhood to adulthood.

This full-court press for justice is most powerful when done in proximity to injustice. Working as teammates with people and in places that have been stripped of opportunity. When hearing the voices playing the game, feeling their heartbeat, laughing, working and sweating alongside on the same team, we are reminded how badly the “growing up” rulebook needs to be rewritten.

The day will be a pre-season scrimmage for the vision we have for coming of age in San Diego. An even playing field. Same rules for everyone. Multiple people from multiple perspectives cheering each other on to succeed. All on the same team pressing forward for equality of opportunity. The talents, skills, and abilities of the young people in the game should rise on their own merits. This is a world to aspire to. This is a hope to hoop for. See you September 29.