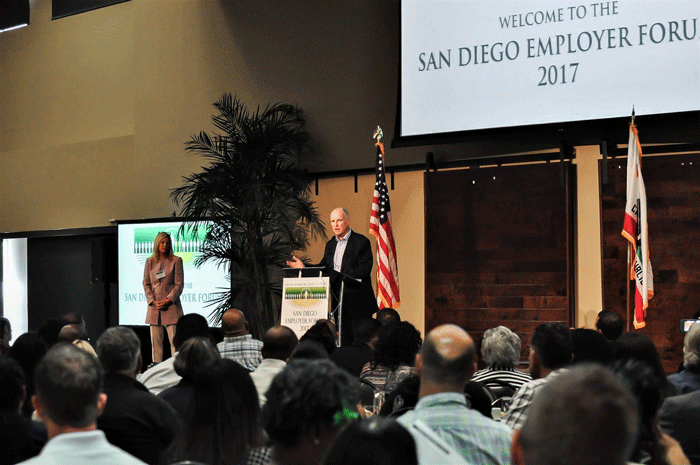 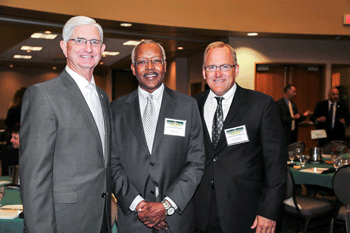 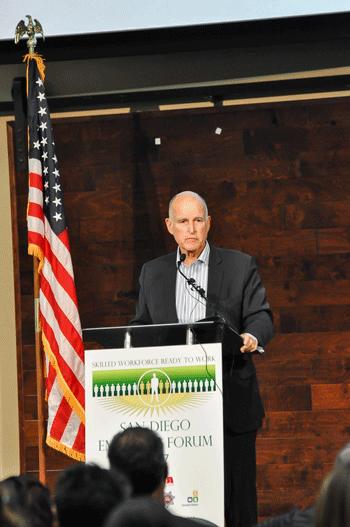 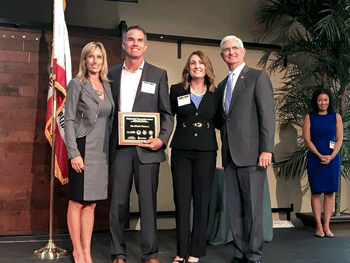 On September 1, Governor Edmund G. (Jerry) Brown was joined by state and local corrections officials and other leaders for the 2017 San Diego Employer Forum at the Jacobs Center.

The event was co-hosted by the California Prison Industry Authority (CALPIA), which “provides employment and programming for approximately 8,000 offenders per year in service, manufacturing and agricultural industries in California’s penal institutions. CALPIA is self-supporting and does not receive an appropriation from the State budget.”

At the forum, Governor Brown said he made a mistake when he signed Senate Bill 42 in 1976 into law—commonly known as the “three strikes” law—during his first tenure as California governor. He hopes to reverse the effects of the law this time around. In 2016, he backed Proposition 57, which can allow many inmates to serve shorter prison terms if the state parole board judges them suitable for release. The governor believes the change would give inmates an incentive to rehabilitate while serving their terms, thereby improving public safety once they are released.

The goal of Reentry Works is to increase job placements of individuals reentering the community by better integrating career services with the criminal justice system. Larger-picture goals include reducing recidivism, which in turn positively impacts public safety.

Considering the importance of finding a job upon release in preventing re-arrest, Brown implored employers to consider removing barriers to hiring the formerly incarcerated. “I think we can find a middle point of wisdom and public safety and we can make the place better,” Brown said. “To make it better, we need your help for the jobs. We need the training in the prison.”

Business owner and Workforce Development Board member Marlene Taylor shared her story of hiring someone who had been convicted of a crime. He went on to succeed at the business she and her husband founded, Taylor Trim and Supply, which in turn helped the business succeed. “I’m so grateful to have cleared a path to hire the formerly incarcerated,” she said.

Also speaking at the event were:

Leal, speaking from personal experience, said he finally learned how to ask for help when he was arrested and incarcerated under the “three strikes” law. “I learned how to transform my hustle and use it the right way,” Leal shared at the forum. He was eventually released thanks to reform of the system. Like him, there are others who are ready to begin a new life as a productive member of the workforce.

“There are a lot of men and women on the inside who deserve to come home,” said Leal.