COVID-19: View our updates for workers and for businesses.

From mentorship to friendship 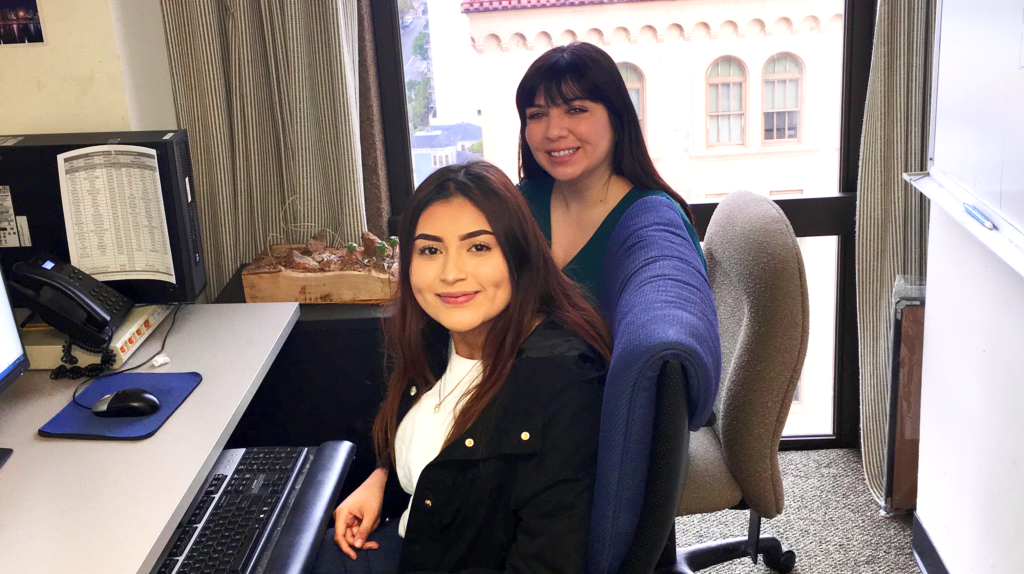 CONNECT2Careers team member Sophia Barber sat down for an interview with CONNECT2Careers (C2C) City Mentorship Program mentee Emily Gonzalez and mentor Melissa Villalpando. Emily is a student at  The Charter School of San Diego and Melissa Villalpando works as a Community Development Project Officer at the City of San Diego. Emily worked with Melissa for over ten weeks on various office projects.

Read on to see how the pair learned from each other throughout their experience. The following has been edited for brevity and clarity.

How did you meet each other? 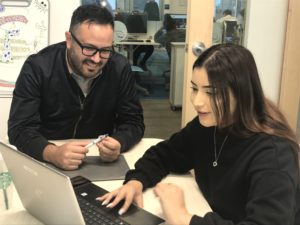 Emily: I attend the downtown location of a charter school called Altus. My teacher noticed that I didn’t seem motivated in class, so he encouraged me to sign up for the mentorship program through C2C. It definitely opened my eyes to more opportunities, which gave me the motivation I needed for school.

Melissa: As soon as I heard about the opportunity to have a mentee, I was interested. There are different ways of obtaining one, but Emily happened to be assigned to me and it was a perfect match. We didn’t meet each other until her first day on the job and we clicked right away.

Emily: At first, I was extremely intimidated by the office environment. I didn’t even know how to dress or what to say. Over time, I gained confidence because everyone was so nice and made me feel comfortable. I started my mentorship by sitting in the back of the room and staying quiet, but by the end I was walking into the office and greeting everyone with a confident smile.

Melissa: Emily has played such an important and special role in the C2C City Mentorship program because she has been able to provide valuable input during meetings where improvements to it were being discussed. Once she had the confidence to speak up, we grew appreciative of her useful feedback. I’ve seen so much growth in her abilities.

Emily: It can be tempting when you’re intimidated to just sit back in meetings and listen to everybody else, but it’s a good feeling when you get talking and people value your ideas.

What did you learn throughout your experience?

Emily: I would say patience and the openness to learn. Also, that I’m more open minded than I thought. Before I felt limited in my abilities but being in the office and offering to help out has helped me learn to be more open—I like to learn from people.

I also didn’t know I was very independent because I’ve always depended on my mom, but I realized how much I enjoy being independent and working. I’ve also become more interested in studying economics. At first it seemed overwhelming to have to learn about it all, but I feel more knowledgeable about things like the Housing Commission and having your own business after working with the City.

Melissa: I learned what it was like to be on the other side of a mentorship. I was once an intern with a mentor, so I knew what it was like and I wanted to be that support system for Emily—not just with developing office skills, but life skills.

What did you like the most about the mentorship? 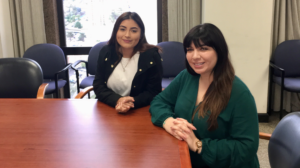 Emily, what are your goals for the future?

At first, I thought I wanted to become a psychiatrist. But during this mentorship program, I’ve decided I want to pursue something in economics. I’m feeling motivated to finish school and go to college. I recommend any student who is feeling unmotivated about their future to try a mentorship program—it may seem hard at first, but you get more confident over time.