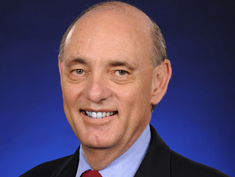 The United Way of San Diego County’s Doug Sawyer is retiring after eight years as the President and CEO. Sawyer led the United Way through a transformation – strategically investing to improve early grade reading, financial self-sufficiency, and ending homelessness. Last month, the Board of Directors and many community leaders joined Doug to thank him for his service.

The United Way has announced that Kevin Crawford will be the new President and CEO. Kevin is currently Carlsbad’s interim city manager and has served as fire chief for the Carlsbad Fire Department for the past 11 years. He was also a member of United Way’s board of directors for five years.

Peter Callstrom, SDWP’s CEO has had the opportunity to work closely with Doug on a number of issues over the years. Peter stated, “Doug was, and is a community champion. His leadership, determination, and grace, made an indelible impact in our shared efforts to serve our communities. Thank you, Doug!”