How much did Comic-Con generate for the regional economy? About $175 million! It was estimated that during the four-day convention, visitors would spend a total of $77 million in bars, restaurants, transportation, and housing. Of that, roughly $2.5 million in hotel taxes were expected to go directly to the city for infrastructure development and maintenance. 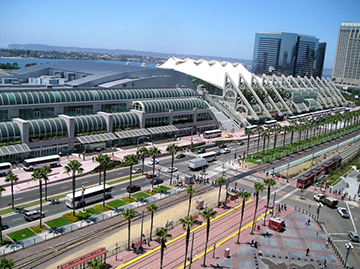 After 44 years, Comic-Con has outgrown the convention center and San Diego is looking to expand the venue by 400,000 square feet, making the convention center the largest contiguous center on the West Coast. Not only will San Diego be able to hold larger convention, this new project will generate about 4,000 construction jobs and 7,000 permanent jobs in tourism and all of its supporting sectors.

The project is awaiting final approval from the California Coastal Commission, but has already been endorsed by San Diego Port Commissioners and the City Council. The project is expected to start this fall.